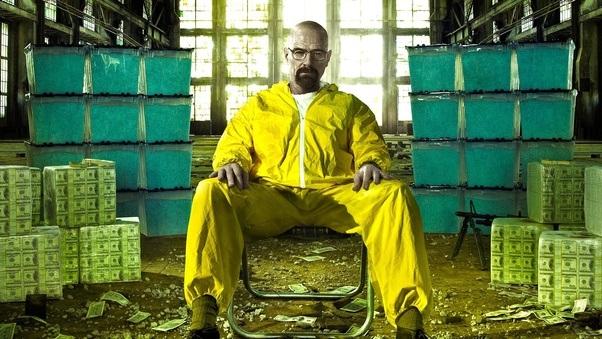 No, STEM Skills Won’t Guarantee You A Job. Here’s Why Not.

Since the mid-1990s there’s been an endless stream of articles, newscasts, and speeches about the lack of people pursuing technical or scientific fields and how businesses, the economy, and jobseekers themselves are suffering because of it.

These articles and newscasts generally boil down to:

The beauty of such narratives is that it pairs perfectly with the rise of the Internet and the changes in the economy caused by technology and globalization.

It’s by no means an American phenomenon, either; there are examples from the UK, Australia, India, China. Even Germany, Japan, and Singapore claim to suffer from a lack of qualified STEM workers.

Such stories actually began during the early Cold War when the U.S. government and citizenry were worried the Soviets were leaving them behind. They cropped up again during the 1980s as Japan’s economic growth was eclipsing the U.S., and they continue today with the rise of China.

But the prevalence of such stories became a global, supercharged phenomenon during the past 20 years with the exponential growth of the Internet and the ‘software is eating the world’ meme. Governments, corporations, schools, and everything in between increasingly use technology to make themselves more efficient. There is ever more technology available to us and most of the world’s population carries a smartphone.

To build, implement, and support all of this growth requires science and technology, which (crazy as it might sound) requires scientists, engineers, and programmers. So naturally there’s a need for STEM graduates. If that were the whole story, all of the hand-wringing and pearl-clutching might be warranted. Thankfully, that’s not the whole story. Not by a long shot.

The truth is most countries are not facing a STEM shortage. In fact, in many countries there’s an over-abundance of such folks. Here’s a graph from a terrific article written by Robert Charette for the IEEE (Institute of Electrical and Electronics Engineers) a couple of years ago discussing this same phenomenon. The proportion of graduates to jobs remain roughly similar today. 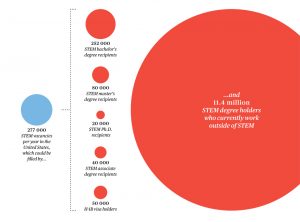 As you can see there is a significant over-abundance of STEM graduates considering the number of STEM-specific job openings per year. This ‘graduate bubble’ tends to drive them into other fields for want of suitable employment options. 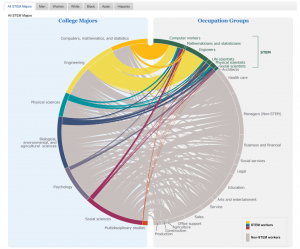 STEM majors on the left side, STEM occupations on the top right

That’s not to say a particular job-type can’t struggle with a lack of qualified talent. This happens whenever a new field becomes hot. For instance, during the past couple of years data scientists have been in great demand. A couple of years from now it will be a new role, gene editors perhaps.

When most companies, especially market leaders, complain about a lack of STEM talent, they’re referring to the crème de la crème, the top .1% of their particular field. This is understandable and normal since these organizations are in a global battle for talent and fiercely competitive in their own right, so they’re seeking to identify every possible advantage to secure their success.

However, most companies should also realize they probably already employ a significant number of STEM types already, and should undertake an analysis of the knowledge and capabilities they have in-house before seeking external hires.

It’s also something that the broader workforce should be aware of and plan for accordingly, because a degree is a poor predictor of one’s career path. Building STEM skills is important because the global economy is increasingly ‘digitized’. But non-STEM skills are equally important and shouldn’t be dismissed because they’re ‘soft’. As shown above, most STEM grads aren’t in STEM related roles and a goodly number of non-STEM grads are in STEM related roles.

The truth behind all the scare stories isn’t anything scary, it’s something pretty fantastic, actually. There are many paths to the mountaintop, and what you study isn’t the most important factor in being able to create a viable, meaningful career. If you want to work for a tech company or bio-sciences company, there are other avenues besides being an engineer or scientist. If you’re trained as an engineer or scientist, there are many other avenues you can take if those paths aren’t working for you. The beauty of the modern age is the variety of options. The trick is figuring out which option is the ideal option.