Career Paths: How You Got To Where You Are

HOW YOU GOT TO WHERE YOU ARE

“I don’t know what I want to do in life, but I know it’s not this…” – If you listen long enough you’ll hear this or a variation of it from friends, family, colleagues, and strangers the world over. It’s not specific to a country, or an industry, or a particular type of job either. So how do most people arrive at the point in their career where they find themselves saying this?

Traditionally, most people worked in fields similar to their parents: born to farmers, died a farmer. This began to change during the industrial revolution and gathered steam (bad pun!) in the decades thereafter. It’s not nearly as common a practice as it was a century ago, but it occurs with enough frequency that it rarely warrants comment.

Hard to believe we were once all farmer icons…

This dynamic makes sense because no one is born with the intrinsic knowledge of how to do a given job. At birth we’re pretty much a blank slate. We each possess varying degrees of mental and physical capabilities, but the knowledge and skills we build up over a lifetime are just that – built up. Hearing one’s family discuss their work is the first exposure most people have to the labor market and careers options. Obviously, this isn’t a universal law and it’s becoming less true as technology transforms various professions, but it’s still quite common.

As we get older, it becomes a question of exposure to new ideas and perspectives that create awareness of things that weren’t previously known or understood. This is why most people view education as an unalloyed good.

Regardless of our upbringing or education, the challenge every one of us faces is we possess a limited perspective of the world. Think of it like this – everyone sees the world through a soda straw. The width of the straw is determined by what you know or are aware of and none of us can see or know everything all at once.

SOME STRAWS ARE BIGGER THAN OTHERS

Unfortunately, as with so much else in life, not all straws are created equal. Here’s a simple hypothetical: a girl growing up in Greenwich, Connecticut, daughter of an investment banker and a research scientist. A boy growing up in Tchula, Mississippi whose single parent works as a cashier. Which of these two kids is the more likely to have a broader awareness of the various career path opportunities that exist and how to pursue them?

This isn’t to say that one of these kids is smarter or more capable than the other, and certainly not that one is better, but they will possess very different perspectives on what’s possible and how to achieve it. Metaphorically, one will have a much wider straw through which to see the world. 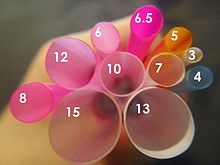 The problems that derive from this dynamic manifest when people reach working age. There are very few guides to help people figure out their careers and you can’t know what you don’t know, after all. So although Google is intent upon cataloging the sum total of human knowledge, it can’t answer my search query if I don’t know what what to ask.

And that’s the problem that ties this back to those two kids. The one from Greenwich, Connecticut will be aware of a LOT more opportunities than the kid from Tchula, Mississippi. Without a ‘Google for career paths’ everyone is reliant upon their own knowledge base that’s formed from upbringing and exposure to people and experiences over time. Even if the kid from Tchula busts his butt and gets into the same college as she does, she’s going to be aware of a much broader array of career opportunities than he will.

TIME TO MAKE SOME MAPS

Given the whole world is awash in information, every career path possibility should be apparent to everyone, regardless of background. If that kid from Tchula has an interest in ‘science’, then he should be able to see all the various career options that stem from that interest. He should also be able to see all the paths and their various necessary steps to pursue those options.

That’s the only way to start breaking through the mess that is our current labor market. It’s long past time to trade in our humble soda straws and start seeing the possibilities that exist all around us.