As with so much else, Leonardo da Vinci was the first to show the world the value of a resume. Unfortunately, the recipient of da Vinci’s resume was probably the last person to find reading one a useful part of the hiring process.

In the early 1480s, in hopes of gaining employment, da Vinci wrote the Regent of Milan a short letter touting his abilities and the value of his services. Unsurprisingly, da Vinci ended up working for the Regent and went on to create a number of artistic masterpieces under his patronage, but that’s another story. What’s of interest here is his use of a resume, why his approach worked, and why the modern version of the resume is no longer such an effective method for evaluating applicants.

Considering Leo’s letter was the ‘first resume’ it was superbly executed. The letter embedded an explanation of Leo’s value (and willingness to prove said value) for the Regent within the context of how his capabilities could be put to use solving the Regent’s problems, for example:

“I know how, in the course of the siege of a terrain, to remove water from the moats and how to make an infinite number of bridges, mantlets and scaling ladders and other instruments necessary to such an enterprise.” 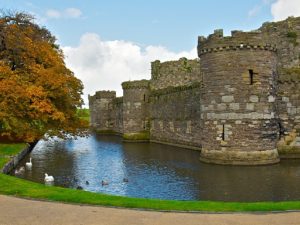 ”Let’s be fair, other than the ducks, who doesn’t want the water removed from their opponent’s moat.”

Despite being an artist, it’s no mistake da Vinci used 9 of his 10 bullet points discussing military technology and the 10th point discussing architecture. The Italian city-states were often in conflict during this time period, and security and state building were top of mind.

da Vinci knew this and succinctly summarized how he could help the Regent in such matters – in other words – “I understand your problems, these are my capabilities, this is how I’ll help you solve said problems.” This approach made the Regent’s decision-making process easier. This approach makes every hiring decision easier.

The challenge for today’s hiring manager (though maybe not if they’re a regent) is how to get this information out of a resume. The same is true for applicants struggling to decipher job descriptions. At best, both these tools offer a rough approximation of what they represent, at worst (and most often) they confuse their readers and prevent understanding.

The hiring manager must infer the capabilities of the applicant and the likelihood the applicant can fulfill the role’s responsibilities from a few lines of text describing past experience. The applicant, on the other hand, must infer what the role demands from a vague description and a list of skill, degree, and years of experience requirements. Both of these tools, the resume and job description, usually yield sub-par results for their users as shown by the high rates of new hire turnover and employee disengagement.

The reason da Vinci was successful (besides just being da Vinci, which surely helped) is he understood the demands of his potential employer and was able to succinctly explain how he could address them. The reason modern hiring often fails is because both sides have a limited understanding of the needs and capabilities of the other.

In the end, it’s an information and translation problem. After half a millennium of limited success, if we’re to achieve better results we need a new approach.